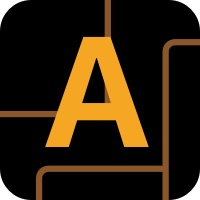 I have a passion for games from a young age, my desire is to create a game where the number of players counts in millions. That’s why I study programming and other skills.

I have the ability to make a complete game/ application.

Starting studying at the University of information technology and join the school’s game programming club. At there I found my passion for game programming, I learned a lot from this place.

I participated in programming and got some achievements:

I stopped studying and went to practice.

I was accepted into a mobile entertainment company Mecorp

I met Mr. Ethan Huu Huynh, he takes on the role of design and artist games. We cooperated to build the small team, the team name was AvaGame.

In early 2014, We have completed TemPhepThuat ( the game uses Cocos2d-x framework), and published by VTC Intecom.

I build platform game, I design the game level and hired artist. I have completed game Eskimo in the city

At the same time, I hired front end and back end developer to build an app read manga Manga Reader, and orther mini game.

I started learning about Unity.

I built an Pokemap RPG tool can edit maps, edit missions, edit conversations and other features to help game design can play test.

It is really a big project, hard to describe all. To present, it’s work in process.